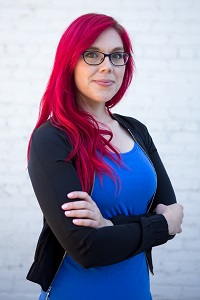 A five-time world champion in competitive Counter-Strike, and longtime female pro-gaming icon, Stephanie Harvey currently plays professionally for the all-female team CLG Red. She also worked as a game designer for Ubisoft Montreal, having notably been part of development for Prince of Persia: The Forgotten Sands and Far Cry Primal. Her 16 years in esports as a player and 7 years in the industry as a developer awarded her a Forbes 30 under 30 title in 2014 and one of the BBC 100 women of 2016. She also recently just won Canada’s Smartest Person Season 3 on CBC.