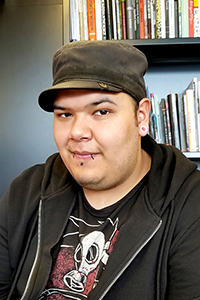 Ray Caplin is an independent animator and filmmaker in Montreal, having made several animated short films which have been screened in various film festivals around the world. He specializes in digital 2D animation, After Effects motion graphics, and puppet animation. He is currently majoring in Film and Animation at Concordia University. On the side, he tinkers with game development tools such as Unity and GameMaker studio 2, in hopes of entering the Indie game scene someday.